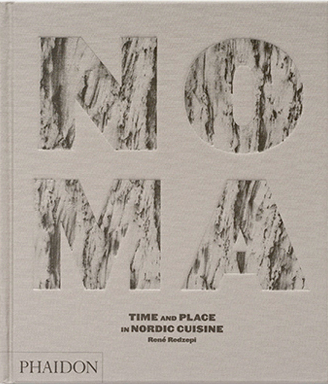 Capturing Time and Place in Cooking

To cook like the world’s best chef you might try his recipe for snails, which instructs the reader to feed them lettuce for a couple of days, put them in a pan of water, and bring it to a boil, “making sure that the snails don’t escape.”

At age 32, he is the chef of the moment, ever since his Copenhagen restaurant, Noma, grabbed first place on Restaurant Magazine’s list of the world’s 50 best restaurants last spring. He stole the spotlight from perennial “it” restaurant elBulli in Spain and established with surprising suddenness the supremacy of a movement known as neo- Nordic cuisine.

When Noma opened seven years ago, Nordic gastronomy was an oxymoron. Danish colleagues mocked Redzepi for his pledge to use indigenous ingredients in a region where very little grows, and where haute cuisine was either French or Italian.

But Redzepi stubbornly resisted, foraging for wild herbs and experimenting with Icelandic cheese and Norwegian razor clams. Yet he felt he was still cooking in a style borrowed from the places he had trained, including elBulli and Thomas Keller’s The French Laundry.

Redzepi’s culinary epiphany came while he was hunting for musk-ox in Greenland, the temperature a frigid 55 below zero. “It was healthy to take time out and think, ‘Why I am doing these things?'” he said. “Suddenly I could put a word to it, that the main thing people should experience is a sense of time and place.”

Now, every dish he creates is a microcosm of its origins, a little piece of nature on a plate.

At Noma, you might eat a pot of raw radishes in a malt and hazelnut soil. A quail egg smoked in hay. Horseradish snow. Birchwood meringue. And, of course, those snails, alongside the same moss they inhabit in the wild. His pure, contemporary style has struck a chord — his 12-seat restaurant receives 4,000 reservation requests a day.

Last month, Redzepi released a much-anticipated cookbook, “Noma: Time and Place in Nordic Cuisine” (Phaidon), with a book tour that took him around the globe.

The book features 200 photos, portraits of farmers, a diary from the early days, and recipes (though the average cook might be overwhelmed by the prospect of tracking down sea buckthorn or chasing snails).

“It’s not really about, ‘I’m going to go home and cook a five-course meal from Noma,'” admits Redzepi. “You can read about people, discover a region, a restaurant, a philosophy.”

And a cuisine that goes well beyond Danish pastries.