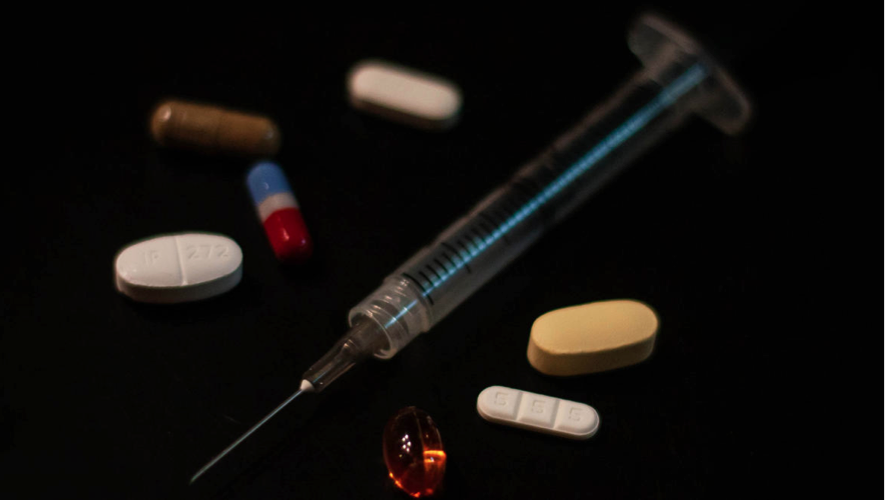 In 2009, Abby Alonzo was an athletic 10-year-old when she developed Hodgkin’s lymphoma. She received an excellent prognosis after eight weeks of multi-drug chemotherapy, but then a nationwide shortage of one of the drugs, Mustargen, meant that her doctors had to replace it with a substitute. Within a month, Abby’s cancer had worsened again. She needed a whole new course of aggressive chemotherapy and a bone marrow transplant.

“There’s nothing worse in the whole world than having your child go through something like this,” recalls her mother, Katie. “We were so happy that she was doing so well, and then to have her relapse–it’s horrible.”

It has become an increasingly common situation. At the same time that society pours money into new drug research, sick people are struggling to obtain older drugs that work, including critical drugs to treat cancer, cardiovascular disease and more. The drug shortage crisis has worsened exponentially in the last few years, all over the world. And because it has so many causes, there are no easy solutions.

Mustargen disappeared for nearly three years because of a manufacturing glitch. Abby Alonzo’s doctor at St. Jude Children’s Research Hospital, Monika Metzger M.D., was conducting a nationwide study of the treatment when the shortage occurred. The researchers replaced the drug with another they assumed would work as well. It did not; the two-year remission rate dropped from 88 percent to 75 percent, a statistically significant result. “We were all very confident that this was a good substitution, so I wasn’t that outraged [at the shortage],” Dr. Metzger says. “Then I reviewed the data, and I thought, ‘Oh my gosh.’ You can imagine how I felt, I couldn’t sleep. This was completely unexpected.”

In the United States, new drug shortages soared from 70 in 2006 to 267 in 2011, before declining to 140 last year. At least 15 deaths have been documented due to a lack of drugs or problems with substitutes. These include dosage errors, which occur more frequently when hospital workers are unfamiliar with a product.

Aside from the human price, the economic costs are huge, notably the hours that hospital staff spend tracking down scarce medicines or coming up with alternatives. Often they have no choice but to buy expensive substitutes. Or they turn to the so-called gray market, unscrupulous distributors who hoard a drug when they receive word of an upcoming disruption, then scalp it at dramatically marked-up rates when the shortage hits.

One of the foremost experts on drug shortages, Erin Fox of the University of Utah, says, “Healthcare providers work so hard to minimize the impact on patients that we actually end up making the problem invisible. And yet I think a manufacturing failure on this scale would get a lot more attention if it was in another industry. If we were consistently out of chips or candy or peanut butter, people would be really mad.”

One symptom, many causes

As Fox explains, multiple factors lead to these shortfalls. A factory upgrade or government recall can make a drug scarce, as can a surge in demand. Supply chain vulnerability is an issue, especially since an estimated 80 percent of active pharmaceutical ingredients are now produced in low-cost markets such as China and India. Just before the Beijing Olympics, when the Chinese government temporarily shuttered factories to clear the air, the result was a worldwide dearth of penicillin.

When a company decides that an older drug is no longer profitable, it may discontinue it. If no other manufacturers are producing the drug, it’s just gone. Captain Valerie Jensen, associate director of the Food and Drug Administration’s drug shortage program, says the agency’s powers are limited: “We can’t require that any firm make these drugs.” Even when other suppliers exist, they cannot ramp up production overnight.

In the United States, manufacturing quality issues are the number one reason. Most of the country’s shortages are generic sterile injectables, which are challenging to produce; the tiniest contaminant can shut production down. What’s more, profit margins for older generics are slim–a vial of generic chemotherapy medicine can sell for less than $4.

Over the years, factories have added all sorts of new generic drugs to their production lines without increasing manufacturing capacity. Due to consolidation in the market, many drugs have only one or two suppliers. Several aging U.S. factories haven’t received upgrades in decades. Fox says, “Companies are having problems keeping drug products sterile, free of particles, metal shavings, glass, hair, insects, you name it.”

In late 2013, the Ben Venue Laboratories in Bedford, Ohio, closed after its parent company spent $350 million attempting to fix sanitary lapses–FDA inspectors found bacteria, mold, even a bucket of urine on the factory floor. But its closure was still a loss, since the plant was the sole supplier of critical products such as the bone marrow transplant drug Thiopeta.

Professor Alain Astier, head of the pharmacy department at Henri Mondor University Hospital, outside Paris, says his hospital is missing between 150 and 200 drugs at any one time. “We’re in a situation where medicine is treated like any other kind of merchandise, and follows the laws of the free market,” Professor Astier says. “But health care is not like cars or cell phones. We cannot live without it.”

People at all points of the healthcare chain, from government to emergency services, are looking for ways to mitigate the damage. Dr. Carol Cunningham, State Medical Director for Ohio’s Division of Emergency Medical Services, says that crash courses in administering substitute medicines have become a common occurrence. “Drug shortages are a big problem, but it’s gone on so long that people are getting used to it when they shouldn’t be.”

Early warning systems and better communication are two ways to deal with the issue. Last year, the International Pharmaceutical Federation held the world’s International Summit on Medicine Shortages, in Toronto. Its recommendations included developing a global list of critical or vulnerable drugs.

Manufacturers have no pressing incentives to prevent shortages, so governments are realizing they must play a greater role. In 2012, President Obama signed into law the FDA Safety and Innovation Act (FDASIA), which requires manufacturers to notify the agency at least six months before they expect a disruption. The FDA can then ask other companies to increase production, allow temporary importation from overseas or expedite approval. (Lengthy approval times have bogged the system down.)

The FDA’s Captain Jensen says the agency receives multiple notifications every week. “We’re able to prevent more shortages than ever before. Before legislation, the FDA didn’t find out about shortages until they were already underway.” As a result, the number of new shortages decreased to 140 last year, although the number of existing ones didn’t budge. The FDA keeps the public apprised by publishing an online list, and is developing a smartphone app.

Healthcare workers have developed coping strategies, too. A recent study of pharmacy directors found that 98 percent had experienced at least one oncology drug shortage in the previous 12 months. Despite this grim figure, Jennifer Goldsack, the lead author of the report, says: “Local hospitals are sharing supplies, competition be damned. There are informal networks of exchange. Pharmacists have partnered with physicians at their institutions and scheduled treatments on certain days so it’s easier for them to reduce wastage and make sure none of this lifesaving treatment is squandered.”

Goldsack suggests another possible antidote: comparative effectiveness research, or head-to-head studies of drug alternatives. Already, she says, many physicians use drugs approved for one kind of cancer for other indications, based on tacit knowledge. Formal research would give them scientifically proven data. “Potentially we could get to a stage where shortages don’t arrive, because we finally have information about what may be available as safe, effective substitutes.”

Dr. Cunningham wishes that emergency services could use the same system as the military, which tests expired medicines for efficacy. She says, “If your husband dropped of a cardiac arrest while mowing the lawn and EMS arrived, and the medication they needed to get his heartbeat back was a year expired, but they did a test and knew it retained 80 percent efficacy–wouldn’t you rather they give that medicine than nothing at all?” As it stands, a threat of lawsuits removes that option.

These solutions might treat the symptoms of the problem, but not the root causes. For example, how can manufacturers be convinced to continue making older drugs, and of sufficient quality and quantity? Fox claims that it doesn’t cost generic drugmakers a thing when a product is out of stock, so they have no real incentive to act. Most companies I contacted refused to comment.

There was one exception. BD Rx is an eight-year-old subsidiary of medical supplies company Becton Dickinson specializing in pre-filled generic syringes. The company controls its supply chain by doing practically everything in-house, and has a brand-new factory in North Carolina, highly automated to guarantee sterility. Of the 20 to 30 drugs BD Rx intends to launch, many are on the FDA shortages list. BD Rx president Mark Sebree say the original intent was to provide safer delivery and irreproachable quality, “but that focus on quality has the collateral benefit of responding to the shortage issue.”

The drugs BD Rx sells are priced slightly higher than typical generics, but Sebree says his buyers now realize that reliability has a cost. He believes that downward price pressure has played a role in the sad condition of his competitors’ manufacturing facilities.

Other industry representatives agree that stringent price controls have contributed to the problem. In 2003, the United States capped Medicare reimbursements on many generic injectable drugs, a factor often blamed for the crisis. In France, where drug shortages numbered around 300 last year, the government sets drug prices and keeps them low. Eric Baseilhac is a director at LEEM, an association representing France’s pharmaceutical industry. “Government policy has taken away our competitive edge to make active pharmaceutical ingredients,” he says. “If price pressure continues, it will have grave effects on our manufacturing capacity as well.”

Regulators could also create incentives for consumers and manufacturers through greater transparency. Currently, approval systems are pass or fail. “It’s not like restaurant grades where you can say this is a C-plus manufacturer, this is an A-minus,” Fox says. “People who buy drug products have zero visibility into quality, assume one is as good as another and so their incentive is to purchase the cheapest. Drug manufacturers have no incentive to create a high-quality product, because nobody sees it.” Buying groups and governments often award drug manufacturing contracts to the lowest bidder, which further weakens the system by discouraging additional suppliers.

It is a delicate balance: maintaining a global industry without losing control over supply chains. Keeping prices low enough so that patients can afford drugs, but not so low that manufacturers stop making them. Regulating drugmakers to guarantee safety without disrupting production of essential medicines.

But it’s also worth getting right. Today, Abby Alonzo is cancer-free, but she will always suffer the consequences of her extended treatment. Her doctor says her lung capacity is half what it should be for a healthy girl her age and would not be so compromised had she not relapsed and required additional chemo, a bone marrow transplant and increased radiotherapy. Now when she plays sports her mother watches with a mixture of pride and sadness. “You see her on the field, her hands above her head, she can’t catch her breath, it’s clear that her lungs are ruined,” Katie says. “This is something she’s going to have to live with for the rest of her life. When someone gets cancer you don’t really look for something to blame. But when you can point and say she relapsed because of this–well, that’s infuriating.”