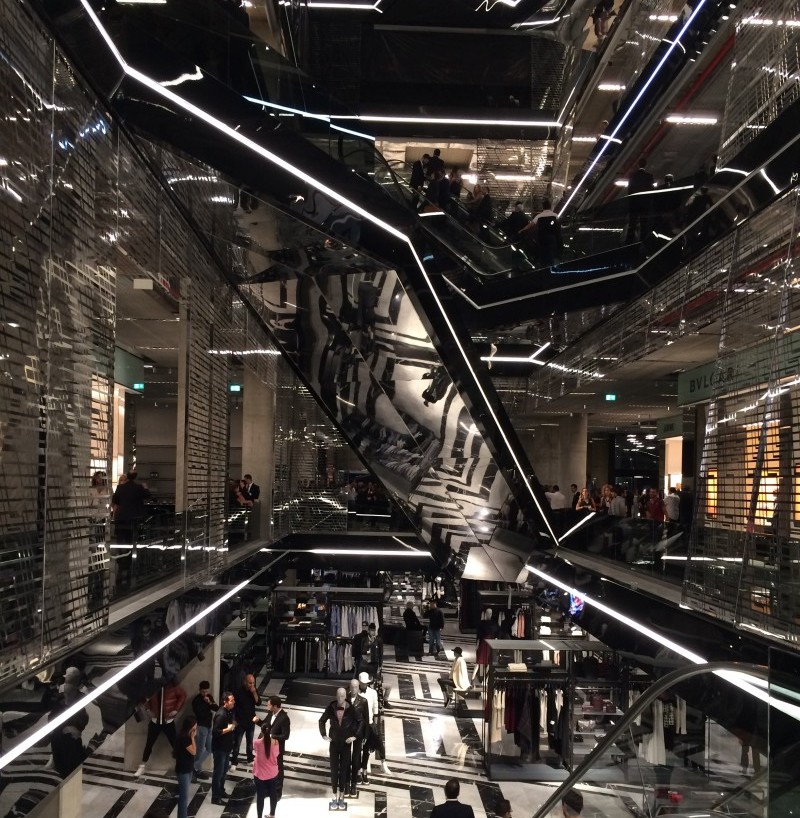 Ahead of the Curve

Hobnobbing at the recent opening of the Aïshti Foundation, a private art space and retail complex in Beirut, fashion photographer Juergen Teller joked that he would have liked the party better had he not given up drinking. These days Teller is more into yoga. On the pages of the book he produced for the event, a riot of images range from Beirut skyscapes to Gisele Bündchen in a trash can to a model doing downward dog on the construction site. The book, which throws together art, fashion, architecture and yoga, is totally of the moment, like Aïshti itself.

The man behind Aïshti, Tony Salamé, opened his first clothing store in 1989 down the street from where his foundation now stands in the seaside neighborhood of Jal el-Dib, just north of Beirut. He has since turned it into an empire selling luxury brands throughout the region, even as he nurtures a side career collecting art. Salamé and his wife Elham have acquired more than 2,000 works by the likes of Urs Fischer, Giuseppe Penone and Christopher Wool. “Over the years we went crazy, Elham and me, and we have a big collection,” he says with a laugh.

The space houses four floors of art and retail and will soon include a spa and rooftop nightclub. Outside, reclaimed waterfront will host a sculpture garden.

A couple thousand of the Salamés’ friends—from couturier Elie Saab to crocodile- bag tycoon Santiago Gonzalez to artist Maurizio Cattelan— showed up for the three-day launch in late October. They admired the building, which cost more than $100 million, the art collection and the designer duds. Out-of-towners marveled at Beirut’s in- defatigable spirit, which endures in good times or bad. Salamé says putting the foun- dation in his native city was an obvious choice. “If you don’t share it with people you like, people who should be a part of it, then what’s the point?”